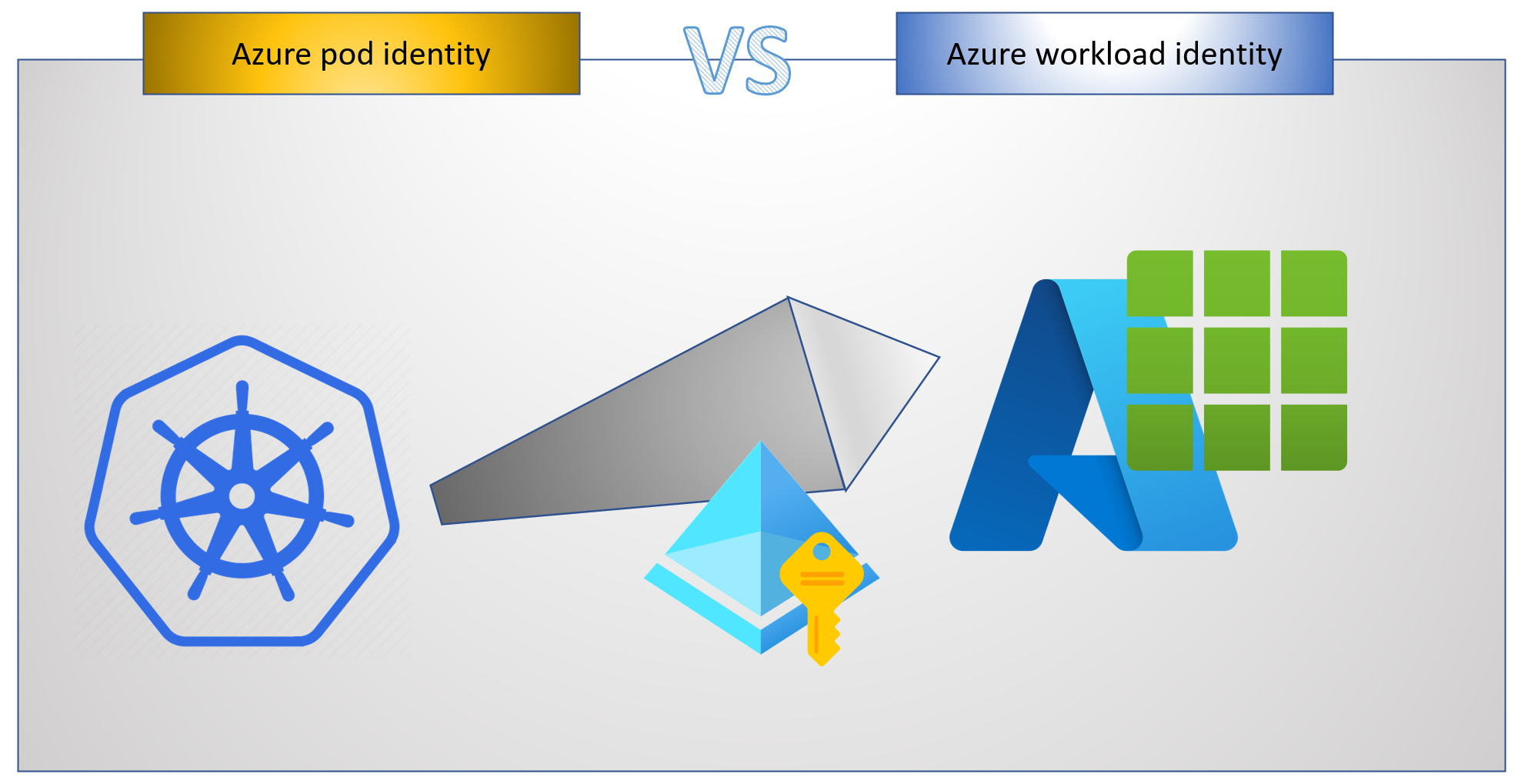 What is Azure AD pod-managed identity in AKS?

Pod-managed identity uses the open-source pod identity project that supports using managed identities in Kubernetes clusters. See the AKS documentation on how to register the feature and enable it.

When you enable pod-identity in an AKS cluster, a DaemonSet of NMI (Node Managed Identity) pods is deployed in the kube-system namespace. These pods intercept all token requests to the managed identity token endpoint, also known as the Instant Metadata Service (IMDS) endpoint. NMI executes the following checks before forwarding the request to the IMDS endpoint.

Now let’s walk through how this works step-by-step.

Step 1: When pod identity is enabled in the cluster 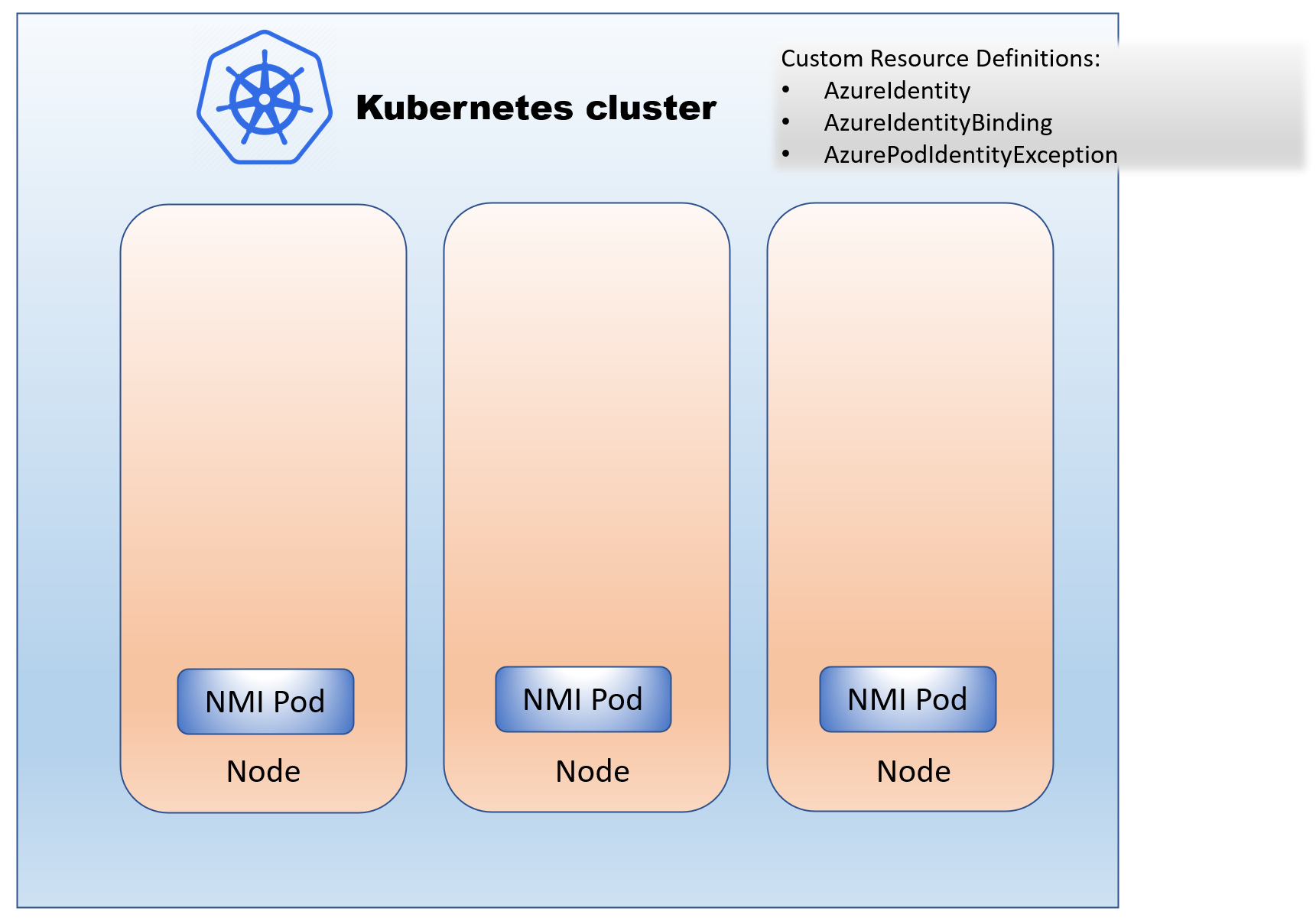 Step 2: Developers assign an identity to a pod. 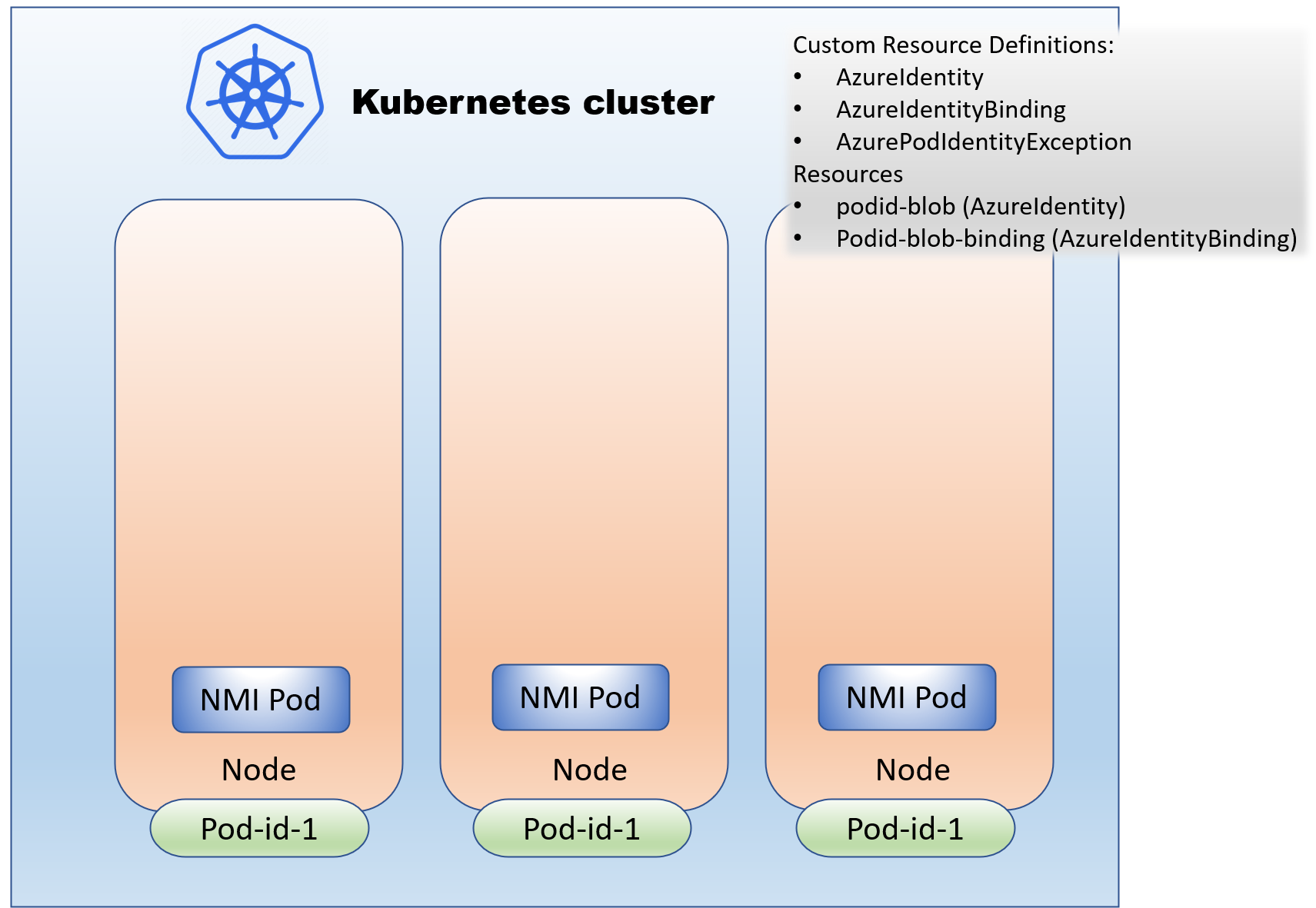 Here’s a view of showing the NMI allowing or disallowing token requests based on the binding used by the pods. 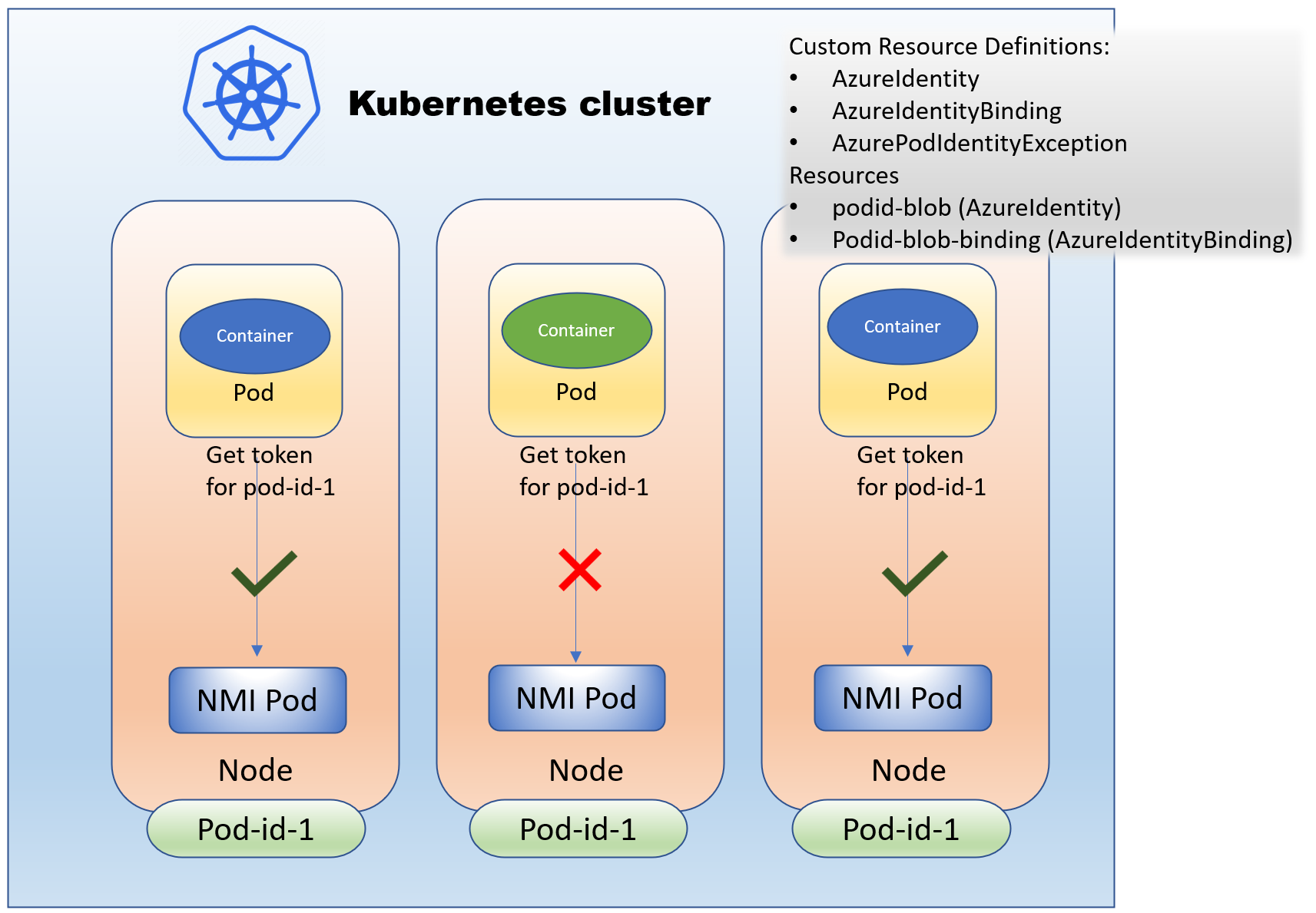 Since each deployment is limited to using a single aadpodidbinding, pods needing to use more than one managed identity need a selector that matches all those identities. For example:

This multi-id-binding allows the pod to request tokens for either of the two identities matching that selector. To request a token, use DefaultAzureCredential({managedIdentityClientId : client_id}) from the Azure Identity SDK. By specifying the client_id, you can avoid potential bugs by ensuring you get the correct token. While pod-managed identity in AKS provides powerful capabilities to assign identities to workloads, it has several limitations.

How is Azure workload identity for Kubernetes different?

Kubernetes added Service Account Token Volume Projection (stable in v1.20), which allows Kubernetes to issue tokens to service accounts at a file path. Using these tokens, you can federate with an external identity provider such as Azure Active Directory to access cloud resources. 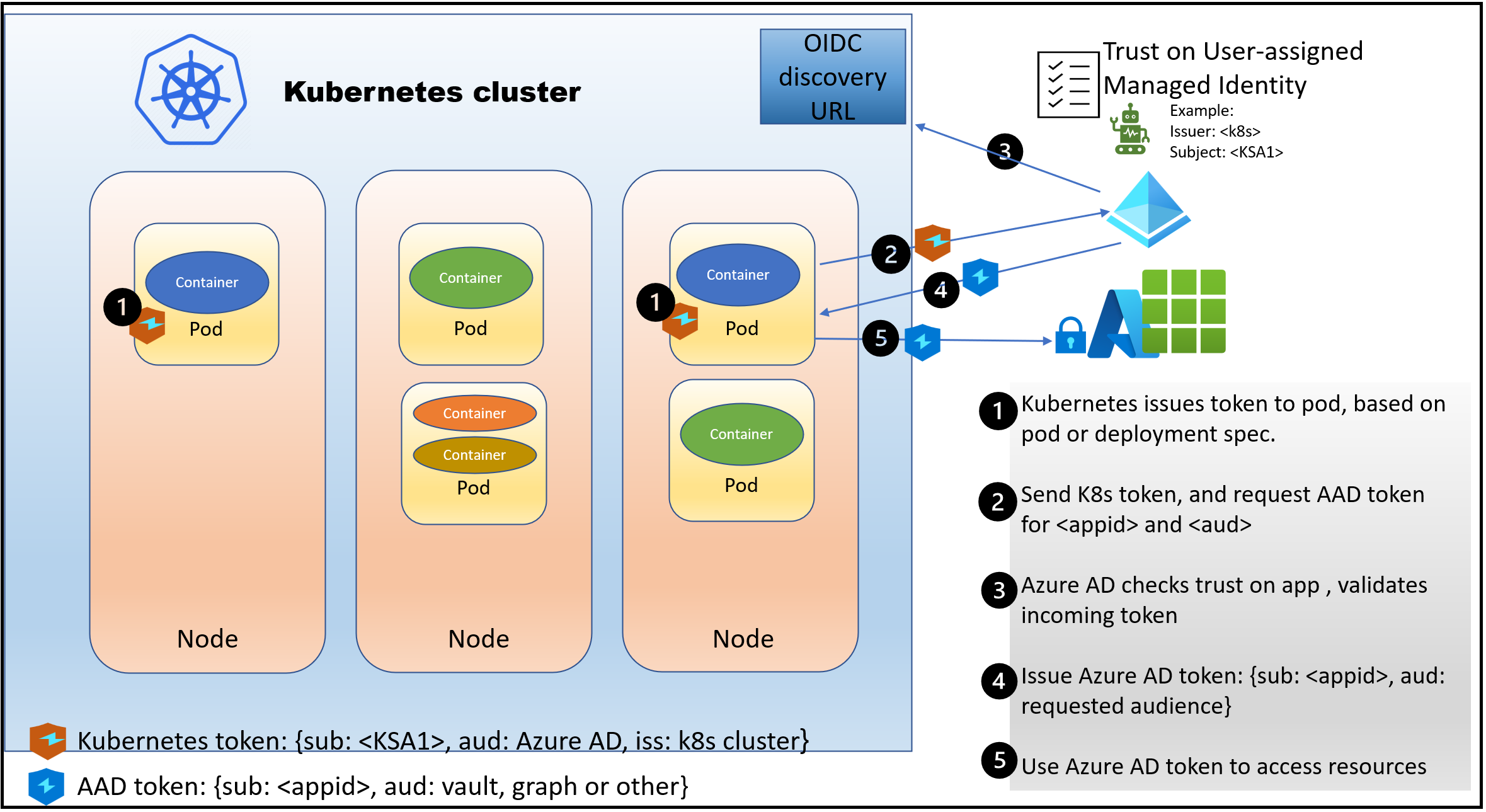 Things to be aware of when you use workload identity:

Azure workload identity design ensures that developers can continue using DefaultAzureCredential in their code. This design uses an open-source admission webhook that can be added to any Kubernetes cluster. AKS adds this webhook when you enable workload identity. The webhook uses annotations on service accounts to simplify the configuration for acquiring tokens. The DefaultAzureCredential in the Azure Identity SDK detects these environment variables to facilitate the token acquisition from Azure AD.

Upgrading from pod-managed identity to workload identity is simple since these features can run side-by-side. Read this blog post for a step-by-step walkthrough of this upgrade.

If you have any comments, feedback, or suggestions on this topic, I would love to hear from you. DM me on Twitter